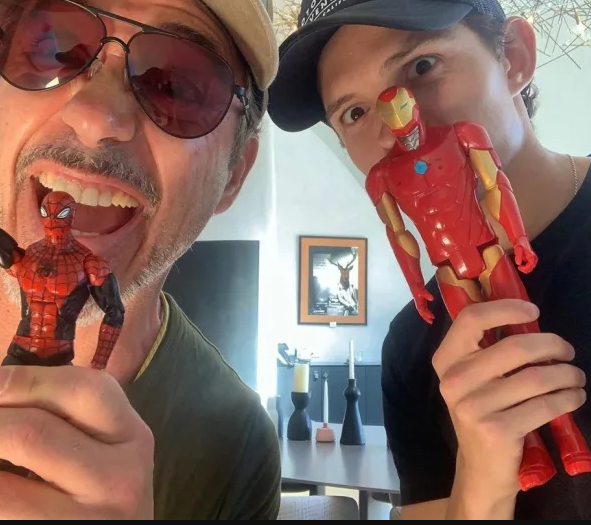 "We did it, Mr. Stark," Tom captioned the super loveable photos, together with a snap of the try move with action figures of their characters.

Tom and Robert's relationship IRL mirrors their on-screen chemistry within the MCU franchise.

Although things got off to a rocky begin...

...the two eventually learned to understand every other's company.

And UN agency might forget that heartrending scene in Avengers: time War that encapsulated their love for one another?

My heart remains in items, tbh.

It's nice to check there was ~some~ sensible to return out of on, even though it's simply bonding time between the 2 actors-turned-bros.

Someone ought to in all probability check on Mark Ruffalo, though. supported the comment he left beneath the post, he could are feeling missed, lol:

Hopefully the stand-off between Sony and Walt Disney can return to resolve presently and also the gang — RIP Iron Man and Natasha — are going to be back along again!!! 🤞🏾🤞🏾🤞🏾
Facebook Twitter